During the summer of 1983, then aged 21, I had a call from a secretary at Capital Radio inviting me to come in and review that weeks new single releases on the Gary Crowley show, named if memory serves ‘The Magic Box.’ I was delighted to be asked. Gary’s programme was one I listened to avidly, totally identifying with Gary, who was then and who remains a year older than me, and who spoke in a voice that I knew only too well and that was rarely heard on the radio back then.

He was truly one of us, having grown up on the Lisson Green Estate and coming from a working class family. At his school, Rutherford in Marylebone, he turned the school magazine into a punk fanzine called ‘The Modern World’ and bagged interviews with the likes of Joe Strummer and Paul Weller when they were in their pomp in The Clash and The Jam respectively. He then started work at Decca Records before ending up as the receptionist at the NME music paper.

He was then offered the chance to do a radio show on Capital when aged just 19. This was a radical move back then, but it was also a cute one as us younger listeners picked up on what he was doing and tuned in religiously.  On his show he played a varied selection of tunes, both old and brand new, which always kept the programme interesting and his infectious enthusiasm was obviously a big plus for the station.

He was soon off hosting club nights at ‘Bogart’s’ in South Harrow, and ‘The Wag’ and ‘The Lyceum’ in the West End of London, all very popular with his fan base.

One night at The Lyceum I remember, included a memorable ‘PA’ by Malcolm McLaren and me later dancing with Patsy Kensit. She never really got over that (probably) and I may have mentioned the incident once or twice over the intervening years…

Gary was also the compere and DJ of choice for Wham on their first national tour.

Anyway, back to that phone call. The mists of time prevent me from knowing how my number was selected, but on the appointed Saturday I was up in the Euston Tower at Capital Radio and soon found myself in the company of Michael Aspel and Alan ‘Fluff’ Freeman.  So far, so surreal.

Gary then popped up and asked what music, my fellow panel members and I were into and I said I loved The Style Council. He then promptly gave me the 12” of their song ‘Long Hot Summer’ to listen to and vote on. I’m pleased to report I gave it 20 out of 20 and let the records state I was far from wrong on that.

As we do, we all move on and soon Gary began appearing on various TV shows including the ‘Fun Factory’ ‘Poparound’ ‘The Beat’ and later ‘Rockworld.’ During those shows he seemed to meet everyone you have ever heard of in the crazy world of showbiz.

He joined XFM in 1997 before leaving there to join the BBC and there he remains to this day, with his current shows on BBC London.

Around 2003/4 I had a call from writer Paolo Hewitt, who I had been working with, inviting me to be a DJ alongside him, Gary and few others at the club The Social, for a night called ‘Where The Action Is.’

It was named after a compilation Gary had put together, and was very much built around him. So we met again. We had some fun times doing that night and many others and through it, I became good pals with GC – as the world and his wife know him – and that remains the case to this day.

With my business partner in Mono Media Films, Lee Cogswell, we recently made a short film on Gary and his career up to date, which we called ‘The Life, Music and Hairstyles of Gary Crowley.’

I have to say it was one of the most enjoyable projects we’ve done and hopefully that comes across on the screen.

As well as plying his trade on BBC London, GC is also running a Punk and New Wave show on Soho Radio and continues to release various compilations for Demon records.

He is one the world’s good guys and I’m delighted to call him a mate.

He is also very WARM in Blackburn… 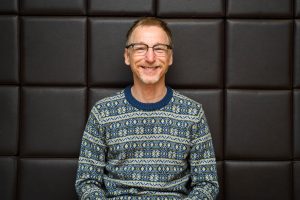