My love of the Ivy League clothing look began I guess when I first discovered the J. Simons shop in Covent Garden in the early 1980s. Speaking to John and his two main shop assistants Kenny and Geoff back then, you couldn’t fail but to be educated if that style appealed to you. By going there as often as I could afford to, I learnt the story of the jackets of Baracuta, appreciate the different widths and sizes on a pair of Bass Weejun loafers, and how to admire and achieve the desired roll of a button down shirt collar. Details my friend. Details.

Occasional pieces of vintage clothing would also be available in the shop and occasionally a ‘Lettermen’ jacket or cardigan would be for sale. Seeing one of those would immediately put me in mind of the 1973 film ‘American Graffiti’ and the then hit TV series ‘Happy Days’ where clothing like that was heavily featured.

In truth, it is still look I love and to recreate it, I’ve been known to buy the odd towelling letter and iron or sew it on to a favourite cardigan. Old habits and that…

So in the time honoured fashion of these Art Gallery blogs, lets examine a little bit deeper and find out some history.

The look began around 1865 at Harvard University in the USA when members of its baseball team wore wool jackets with leather sleeves  – confusingly referred to as ‘sweaters’ – with some having the letter ‘H’ sewn on, to signify they had been awarded a ‘letter’ for a certain level of performance.  A merit badge if you will.

These garments were needed as the result of the arrival of organised sports and the need of ‘uniforms’ to signify who played for whom. If a player then took part in a prestigious game, often against a high-ranking opponent, that player would later be allowed to keep the shirt/sweater he played in as an award.

The ‘letterman’ sweater thus became standard wear for the majority of varsity/college sports by the late 1890s.

The first photographic evidence of a lettered sweater being worn in high schools is in 1911 at Phoenix High School in Arizona.

Being ‘lettered’ meant you belonged, a badge of honour. It signified pride in your team and it bonded you with others who had also been awarded to that standard. 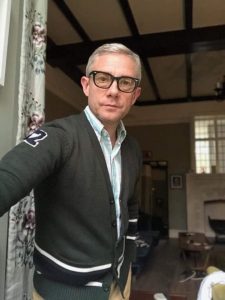 Over the next few intervening years, the main apparel to be adorned would be baseball style wool jackets, but letters also started appearing on cardigans, both of which would often have different coloured ribbing on the cuffs and waistband corresponding with the team colours of your school, college or university.

The letters were mostly made of ‘chenille’, a short pile fabric, which was soft to the touch.  The Chenille letter was placed usually on the left breast of the jacket and sweater.

Then numbers began to be introduced onto the garments, this time usually on the right sleeve or right pocket and that originally signified the year of your graduation. The colour scheme of the letters and the number were again selected to match that of your school colours.

Often the jacket or the cardigan were worn long after retiring from your sporting past or leaving your the particular learning facility.

In doing so, this was seen as you having pride in having gone there in the first place. Gradually, these items then crossed over and became fashion wear in the 1950s and 60s and the rest writes itself.

In recent years high street brands like Avirex, Phat Farm and Louis Vuitton among many others have introduced their own versions of this style.

A timeless look? I think it might just be… 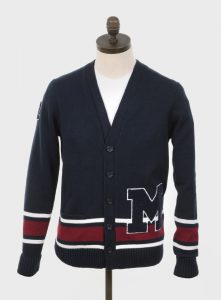 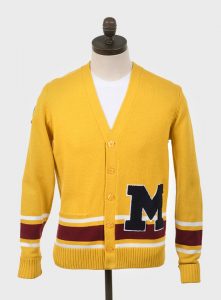 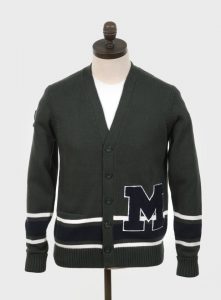 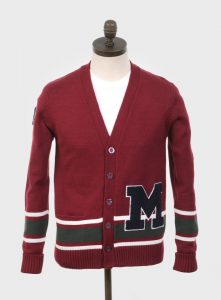 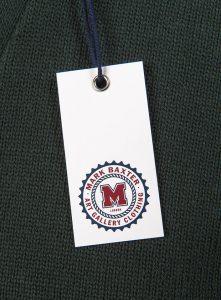 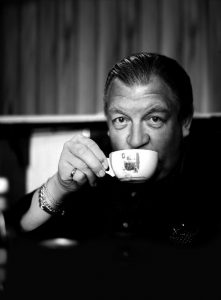