YEAR
YEAR
CLOSE
He was a teenage Sex Pistol…

Whenever I think of the Sex Pistols album ‘Never Mind the Bollocks,’ the first image that comes to mind is seeing a secondary school classmate of my own called Terry, one day turn up having abandoned his normal white shirt and school tie and instead wearing  a tee shirt with NMTB emblazoned across it, under his blazer.

The teacher went garrity, and the rest of us laughed our heads off, acknowledging the school had its first  punk. I have to say, the look was never for me, but I did buy the album, well, you just had to, and fell in love with the energy and some of the hook laden songs that, despite all the hype and bollo behind the headlines about the band not being able to play a note, still sound great to this day.

Having had a cup of coffee with Glen Matlock many years later, on one of my visits to Maida Vale, and finding him a very pleasant chap, the thought struck me there and then that he was probably too nice a fella to really be a Sex Pistol when it all became the fodder for Red Tops of Fleet Street.

They are punk rockers. The new craze, they tell me. Their heroes? Not the nice, clean Rolling Stones… you see they are as drunk as I am… they are clean by comparison. They’re a group called The Sex Pistols, and I am surrounded by all of them…’

Still, with being credited with writing ten of the twelve songs on ‘Never Mind the Bollocks’, despite being ousted early on in the recording, it’s obvious he played a major part in it all, before ‘being let go’ and losing the bass gig to Sid Vicious.

Born in Paddington 1956 , Glen studied at St Martins School of Art up until 1974. By then he had also by then found the shop ‘Let It Rock’ owned and run by Malcom McLaren and Vivienne Westwood, who at the time sold Teddy Boy apparel. That then became ‘Too Fast to Live too Young to Die’ and there, Matlock did  the occasional shift.

And it was there, that he met Steve Jones and Paul Cook, guitarist  and drummer respectively, who had been in a band called The Strand since 1972. Then in the August of 1975 they saw the  19-year-old John Lydon on the King’s Road, wearing a Pink Floyd tee shirt, with ‘I Hate’ scrawled on it.  Looking for a vocalist ‘without long hair’ this chance meeting would be the beginnings of the Sex Pistols as we know it.

The shop changed its name again, this time to ‘Sex’ where it now  sold a variety of bondage and PVC wear, plus tee shirts designed by Vivienne. This look was partly adopted by the band, though Lydon, or Johnny Rotten has he become known, had already been wearing an approximation of the look, with dyed hair and safety pins holding his clothes together. Of course, Malcolm took on the management role.

Glen Matlock – ‘We were young. We’d all gravitated to Malcolm McLaren’s shop and it became the epicentre of all that was weird and wonderful in London. Possibly nobody would have heard of us if it wasn’t for him, but nobody would have heard of him if it wasn’t for us! He was an exciting person. When I started work in his shop I was still at school.’

The band’s first gig was at St. Martins in November 1975, organised by Glen, as support to Bazooka Joe, with a set list which included Substitute by The Who, and Whatcha Gonna Do About It by The Small Faces.

Glen – ‘I organised it: it was my college. I had a bottle of vodka before going on and they pulled the plugs on us. People were shoving each other around. Then it all descended into chaos. I think we played half a dozen numbers, mostly covers. Pretty Vacant and No Feelings were already in the set, but I don’t think we got to play them.’

Despite, or maybe because of the chaotic nature of it all, they soon built a following and a buzz began in the music press. With momentum growing and a scene forming around them, it all began to influence certain others, such as Howard Devoto and Paul Weller, with their respective bands,  The Buzzcocks and The Jam.

I am told that that the group  have received £40,000 from a record company. Doesn’t that seem, er, to be slightly opposed to their anti-materialistic view of life?

Then came the notorious teatime interview with Bill Grundy in 1976, which saw Punk spill over into the mainstream, with no chance of putting it back into a bottle, any time soon.

We’ve fuckin’ spent it, ain’t we? Down the boozer

By February 1977, Matlock had left the band, with McLaren stating he left because he loved The Beatles and Jones saying he had to go ‘cos he washed his feet.’ Glen stated later in his book from 1990, ‘I Was a Teenage Sex Pistol’ that he argued most of all in the band, with Rotten, feeling the singer’s ego had got away from him, as the press exposure grew. So, in stepped Johnny’s mate Sid Vicious, and the rest, well that writes itself.

Nothing. A rude word. Next question.

Glen – ‘I was pretty hurt by that (Beatle comment) . Me and John were chalk and cheese, so I left. I shook hands with Malcolm and then a day later he sent a telegram to NME saying I’d been sacked for liking the Beatles, which he never had the bottle to say to my face and wasn’t true. Two weeks later he said, “It’s not working out with Sid. Come back!” but I’d already started forming a new band, the Rich Kids. I said, “Malcolm, it’s too late. You’ve played me the wrong way.’

‘We were what we were. Who cares if he washed his feet? That was him. I’m sure I had things that bugged him.’

Jones also felt there would have been more albums with Matlock in the line-up.

What a fucking rotter.

Next up for Glen, came the Rich Kids as mentioned, with Rusty Egan on drums, Steve New on guitars and Midge Ure up top, on vocals. A short lived, but still well thought of band by some, they also released one album Ghosts of Princes in Towers. Glen moved on to The Spectres and the Hot Club in 1982, and he  also played on the Soldier album by Iggy Pop.

1996, saw the Sex Pistols reunited with the original line up for the ‘Filthy Lucre tour,’ going on to repeat that a few more times over the years, right up to 2008,.

Glen – ‘I like to think we always start a trend. I was hanging out in LA with time on my hands and I looked up Steve Jones. I hadn’t seen him for 17 years. As soon as I saw him, he said, ‘Let’s go and see Rotten …’

Nothing is ever going to equate to the Sex Pistols. I think we collectively thought, ‘Well, that’s what people want, let’s give it to them.’ The biggest gig I did with the Pistols first time around was to 600 people. The second time round it was 125,000.’

I always wanted to meet you.

Glen has simply never stopped working, playing with the likes of Kirk Brandon, Wendy James, Pete Wylie, Clem Burke, Viv Albertine and Earl Slick and many others, in various line ups.
In 2010, he even got to play with his long-time heroes, The Faces.

Glen – Original singer Rod Stewart didn’t do it, but Mick Hucknall did it, who’s a fantastic soul singer. I was privileged because they hadn’t played those songs in years. I knew them from my youth. They’re talking about gigs with Rod Stewart but I dunno if I’ll do it because I don’t know if I’m in Rod Stewart’s good books. But when I was a kid I was always jamming with my guitar against the radiogram and playing along with those records. That’s how I learned.’

In 2018, with both Earl Slick & Slim Jim Phantom on board, he released Good to Go, a solo album. Bringing it all up to date, he has recently toured and recorded with Blondie.

‘I don’t know if I’m always in a band so much as getting the chance to play bass with somebody. Then someone on the internet says we’re in a band. But I aspire to be a working musician.’ 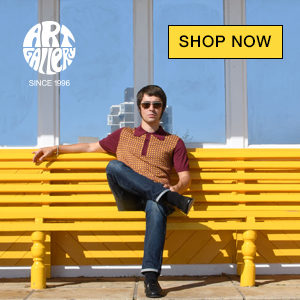