Like many of the things I hold dear in my life, records, books, films etc., most of it has come from a third party. For example, noticing a sign for ‘Max Roach Park’ in Brixton one day many years ago, reminded me to pick up a record by the celebrated jazz drummer (to whom the park was named after) the next time I was passing Dobell’s or Rays Jazz Shop.

I knew Max’s name from the album he had made with Clifford Brown in the late ‘50s, once I had dived into the jazz of that era. This time around,  I picked up ‘We Insist! Max Roach’s Freedom Now Suite’ which it’s fair to say is quite a departure from what I had heard previously . This was hitting towards a Freer Jazz sound, and it also contained the powerful vocals of Abbey Lincoln, later Roach’s wife, singing politically charged lyrics from the era of the Civil Rights struggle in the US.

To be honest, I had to double check that this was the same Abbey Lincoln that I knew from the more, easy listening end of the jazz spectrum. There, she had put her own stamp on what would be considered ‘standards’ of the day.  But yes, it was the very same and the progression in her strident voice, was very interesting to hear.

She was born Anna Marie Wooldridge in August 1930 in Chicago, and raised on a farm in Cass County, the 10th born, all living in a house built by her handy man father.  A lover of music from a young age, she sang in church and school and at home, gathered round the family piano, which she had taught herself to play. Her early influences were the likes of Dinah Washington Sarah Vaughan, and  ‘Lady Day’ herself, Billie Holiday.

Aged 14, young Anna Marie moved to Kalamazoo, where she sang with local bands, before moving  to California,  where she worked for $5 a night, and supplementing those earnings, by working as a cleaner and a maid.  She then found work in Hawaii, and remained there for two years, performing under the name of Gaby Lee, and whilst there, she met her idol Billie. Upon arriving back on the supper club circuit in  California, she settled on the performing name of  of Abbey Lincoln, taken from a combination of Westminster Abbey and Abraham Lincoln.

She  released a couple of fine  albums , working with producer Orin Keepnews at the Riverside label and then picked up a singing part in the film ‘The Girl Can’t Help It ‘ in 1956, in which she wore Marilyn Monroe’s dress from the film ‘Gentleman Prefer Blondes.’

‘People in the audience were looking at my exposed breasts and the shape of my body, and it didn’t have nothing to do with the music’

Her bright, independent mind had kicked in and she fired her manager Bob Russel and moved to New York, where she soon found work at the club, The Village Vanguard.
Whilst there, she met Max Roach who brought her into his company of the celebrated jazz names, like Thelonious Monk  and Mal Waldron. As she later recalled, she put the Monroe dress in an incinerator and followed his lead.

‘I started out being a sexy young thing in a Marilyn Monroe dress,’ she told The Times newspaper in 2000, ‘And Max Roach freed me from that.

Through that association, her own music became more Avant Garde in flavour and her social outlook became more politicised. She became active in the civil rights movement, performing at benefit fundraisers for the likes of The National Association of the Advancement of Coloured People, the NAACP.

1960 saw the release of ‘We Insist! the Freedom Now Suite,’ with Abbey singing the lyrics of Oscar Brown Junior, and she and Max married in 1962.  She took up acting in 1964, and starred as ‘Josie’ in the Michael Roemer directed film ‘Nothing But A Man,’ which looked at the lives of a couple struggling to make a go of it among a racist backdrop. She followed that in 1968 with the romantic comedy ‘For The Love of Ivy’ in which she played alongside Sidney Poitier and for which she received a Golden Globe nomination. She also appeared on TV in well-known shows, such as ‘Mission Impossible’ and ‘Marcus Welby MD”

She and Roach divorced in 1970 and Abbey moved back to California, ‘to cleanse her spirit.’

She made a tour of Africa at the behest of singer Miriam Makeba, where she picked up the names Aminata and Moseka in Guinea and Zaire respectively.

She took up art and continued to record and release records on independent labels through the 70s and the 80s  as well as teaching and lecturing in schools and universities and teaching  theatre at Cal. State Northridge.

After moving back to New York, she signed a ten album deal with the Verve label in France, under the auspices of Jean Philip Allard, which kicked off with ‘When the World is Falling Apart’ in 1990, with Clark Terry in the band and the deal ended in 2007 with ‘Abbey Sings Abbey’ which saw her labelled ‘as the last of the jazz singers’ by the press of the time.

Jazz critic Don Heckman – ‘There was a passion to what she did. She was not someone who was just singing a song. She had an agenda, and a lot of it had to do with civil rights. She expressed herself in dramatic and impressive fashion in what she said and how she sang.’

Singer Cassandra Wilson – ‘She had a profound influence on other jazz vocalists, not only as a singer and composer but also as a role model. I learned a lot about taking a different path, from Abbey. Investing in your lyrics with what your life is about in the moment.’

As I  often like to do, I’ll leave the last word to today’s subject.

‘ I live through music and it lives through me…’

There has been a delay due to paper stock however we will receive the books by mid April. 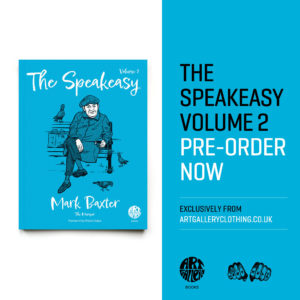